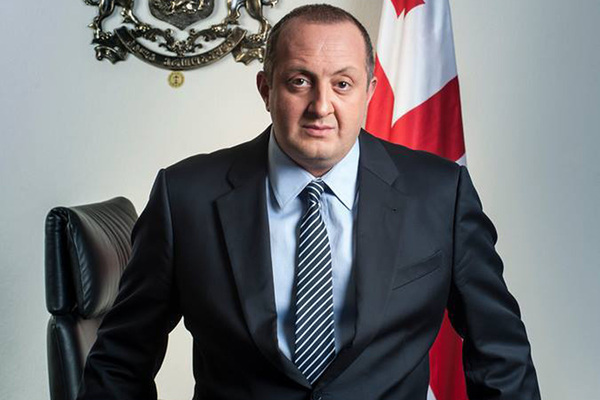 This event is sponsored by the Nanovic Institute for European Studies.

Giorgi Margvelashvili, Fourth President of Georgia (2013-18), will deliver the Nanovic Forum lecture entitled, "Russian Aggression in Ukraine and Eastern Europe: Post-Soviet Bloc Politics and Consequences," on Wednesday, February 8, 2023 at 5:00 p.m. in the main auditorium of the Hesburgh Center for International Studies.

The lecture is free and open to the public.

Giorgi Margvelashvili is a Georgian academic and politician and was the fourth President of the Republic of Georgia from 2013 to 2018. A philosopher by education, Margvelashvili was the rector of the Georgian Institute of Public Affairs (GIPA) from 2000 to 2006 and from 2010 to 2021. His first role in politics began in 2012 when he was appointed Minister of Education and Science as part of the Georgian Dream coalition formed by the newly-elected Prime Minister Bidzina Ivanishvili. In February 2013, Ivanishvili appointed Margvelashvili to the position of First Deputy Prime Minister.

Margvelashvili was named by the Georgian Dream coalition as its candidate in the 2013 presidential election, which he won in October with 62% of the votes. As president, Margvelashvili focused on grassroots campaigns engaging youth and students in discussions on constitutional and electoral reform, foreign policy issues, and  Georgia's integration into NATO and the EU, he was also vocal in his support for minority and LGBTQ+ rights. After leaving office in 2018, Margvelashvili returned to GIPA to teach a lecture series on politics.