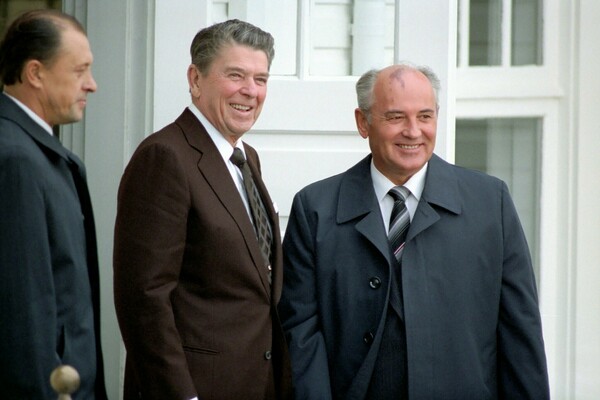 Sponsored by the Nanovic Institute for European Studies.

The passing of Mikhail Gorbachev has revived memories of glasnost, perestroika, and the hopes for one free world that were raised by his turn toward openness and reform. Moving scenes of the fall of the Berlin Wall in 1989 — a literal cutting of the Iron Curtain — were followed by a phase of enthusiasm for democracy and a smaller world. The end of the Cold War was celebrated in many countries.

Over thirty years later, in the context of the Russian invasion of Ukraine, humanity finds itself in a very different world. Do the crises of 2022 cast Mikhail Gorbachev and the period in which he led the Soviet Union in a different light? Do they reshape interpretations of the Cold War, how it ended, or even raise the question of whether it did end? Is there hope for a less divided world? These questions will be explored by a panel of speakers from the worlds of diplomacy, policymaking, and religious faith, representing different experiences and expertise.

Free and open to all. A live stream will be available on the Nanovic Institute's YouTube channel and here on this event page.

Submit Your Question for the Panelists

Cosponsored by the Nanovic Institute for European Studies and the Department of German and Russian Languages and Literatures.