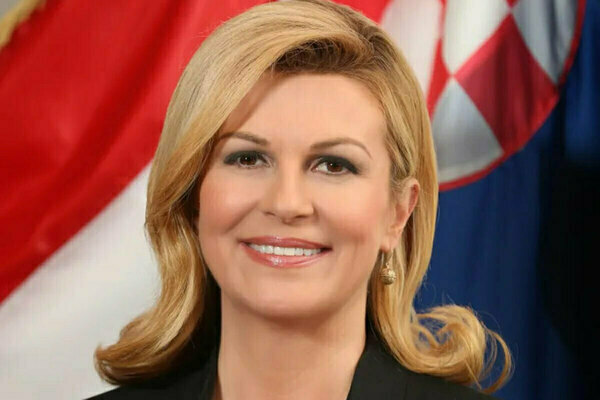 Sponsored by the Nanovic Institute for European Studies

The Nanovic Institute for European Studies in the Keough School of Global Affairs will host Kolinda Grabar-Kitarović, the youngest president of Croatia as well as the first woman to be elected to the office, at the Nanovic Forum on Tuesday, October 4, 2022, at 5:00 p.m. at the University of Notre Dame.

This in-person lecture, titled “War in Ukraine, Peace in Europe? Geopolitics, Economics, and Security after Russia’s Invasion,” is free and open to the public.

More information, as well as the link to livestream the event, can be found here.

Kolinda Grabar-Kitarović was elected the 4th President of the Republic of Croatia on January 11, 2015 and served until February 19, 2020.
​
She was born on April 29, 1968 in Rijeka where she attended elementary school. She completed secondary school in Los Alamos, New Mexico, United States of America.

In 1993, she graduated with a degree in English and Spanish at the Faculty of Philosophy of the University of Zagreb and continued her education in the Portuguese language. In the following years she completed the Diplomatic Academy in Vienna and in 2000 acquired the academic title of Master of International Relations at the Faculty of Political Science of the University of Zagreb. From 2002 to 2003, she studied at George Washington University in the United States as a Fulbright scholarship for pre-doctoral research on international relations and security policy. At that time, she was awarded the President's medal for scientific, social and political work. She was also a Lukšić Fellow in Senior Managers in Government Executive Program at the Kennedy School of Government at Harvard University in 2009.

In 2008, President Grabar-Kitarović became the Ambassador of the Republic of Croatia to the United States. She was appointed NATO Secretary General's Assistant to Public Diplomacy in 2011 and remained in office until 2014, as the first woman in NATO's history to serve as Assistant Secretary-General and the highest ranking woman in NATO.

In 2019, Kolinda Grabar-Kitarović became the Chair of the Council of Women World Leaders, a network of 75 current and former Presidents and Prime Ministers. It is the only organization in the world dedicated to women heads of state and government. The same year she was awarded the Lifetime Achievement Award by the Fulbright Association.

She is married and mother of two. She is fluent in English, Spanish and Portuguese and has some command of Italian, French and German.

About the Nanovic Forum

The Nanovic Institute deepens Notre Dame’s rich tradition of connections to Europe by bringing prominent figures to campus in a wide range of fields to explore, discuss, and debate the most pressing questions about Europe today. Generously sponsored by Robert and Elizabeth Nanovic, the Nanovic Forum invites its distinguished guests to interact with Notre Dame in ways they most wish, which can be surprising. To view past lectures, visit the archive.